Chemical Products are indispensable to modern life and the development of the chemical industry has helped to elevate the standard of living, an indicator of the level of industrialization in a country. Chemical industry products contribute significantly to growth in other industrial sectors.

At the beginning of the 20th century, there were a few chemical establishments, manufacturing soap, liquorice extract, valonia extract, etc., within the boundaries of the Ottoman Empire. After the establishment of the Republic of Turkey till the 1950s, these chemical works passed through a process of corporation and production began in some fields such as explosives, medicine, agricultural chemicals, detergents, printing ink and textile dyes and involved the final stages only.

It was only after the 1950s, especially during the planned economy period, that the development of the Chemical Products industry in Turkey accelerated. Between 1960 and 1980 economic policies were based on import substitution and public sector investments were directed to petrochemicals, fertilizers and basic organic and inorganic chemicals, the fields which required high investment, with low profitability whereas private sector and foreign investments were directed to pharmaceuticals, synthetic yarns, soaps and detergents.

Today, the Turkish Chemical Products industry with its modern technology and diversified products is the key component of the industry and integrated into supply chain of national industries, especially, textiles and automotive sectors.

However, Turkey is among one of the leading countries in the world that has boron, chrome, soda ash and trona reserves. The chemical industry, together with the sub-industries such as plastics and rubber, employs nearly 200.000 people and has about 6,2 thousand companies manufacturing various chemicals. Very small percentages of the existing companies have more than 150 employees.

Most of the companies in the chemical industry, especially private sector companies, are located in Istanbul, Izmir, Kocaeli, Sakarya, Adana, Gaziantep and Ankara.

Turkish Chemical Products industry has developed significantly in terms of quality, productivity and protection of the environment, and is in the process of adopting the EU’s Technical Standards. In addition, the responsible care, the chemical industry’s trademarked noncompulsory initiative on environmental, health and safety issues, has been successfully implemented since 1992.

Turkish petrochemical industry has shown considerable growth since 1970. As an upstream producer, TÜPRAŞ (Turkish Petroleum Refineries Corporation) operates as the only integrated Refinery in Turkey with its 4 refineries in Izmit, Izmir, Kırıkkale and Batman. On the other hand, as a downstream producer, the unique company in the Turkish petrochemical industry is PETKİM Petrokimya Holding A.Ş. which is the only integrated petrochemical complex in Turkey that operates in Petkim-Aliağa complex in İzmir.

Turkey has the largest soda factory in the Middle East with a total capacity of 750.000 tons/year. In addition to light and dense soda ash, refined sodium bicarbonate and sodium silicate are produced at the Mersin plant. An extremely rich trona (natural soda ash) deposit was found near Ankara, at Beypazari and at present Turkey has substantial export potential for soda ash.

Eti Soda A.Ş. has started operation in 2009 and 1 million tons/year soda ash will be produced. Being among the top five countries supplying chrome ore to world markets, Turkey produces and exports some of the most important chrome chemicals and derivatives such as sodium bichromate, basic chrome sulfate, chromic acid and chrome oxide.

Turkey has developed a substantial capacity and production of sodium sulphate. In sodium sulphate production, Turkey comes in top ranks in the world. Owing to Turkey’s climatic and ecological conditions, many medicinal and aromatic plants are cultivated or gathered from nature. Turkey is one of the most important rose oil exporters in the world market.

The majority of these exports originate from the Isparta region. Laurel oil, thymus oil, lavender oil and origanium oil are also produced in Turkey. In conjunction with recent industrial growth in Turkey, the consumption and production of many other chemicals are growing rapidly and the number of chemicals produced is increasing every year.

The recent developments in textile and leather chemicals are also worth mentioning and many small and medium size companies have recently started to operate in these two sectors.

In 2019 the Chemical Products industry was one of the most important sectors among total industrial exports. The value of chemical exports was about US $ 21,8 billion in 2019. 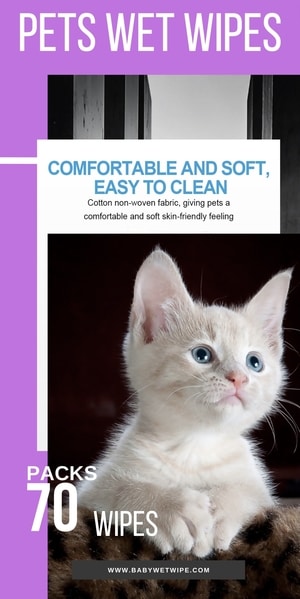