Webster’s Dictionary defines Textiles as: “Pertaining to weaving or to woven fabrics; woven, capable of being woven; formed by weaving.”

This definition extends to a wide variety of clothing, bedding, and fabric related products. Articles of nightwear, hosiery, sportswear, and apparel are all considered textile products.

Material of composition can be silk, wool, man-made fibre, cotton, lace, leather , furskins and even rubber and plastic.

Textiles manufacturing can be either materials production, processing and finishing or textiles and clothing design or manufacturing of made-up articles.

Materials production and processing includes preparing and spinning raw textile fibres, weaving textiles like cotton, wool and silk, and the manufacture of other textiles, such as carpets, rope, and textiles using man-made fibres.

In the textiles sector, a range of factors are playing a significant role in shaping the industry’s development. These include:

1. globalisation – with increased sourcing (particularly of finished clothing) from lower-cost overseas countries
2. environmental legislation – rules affecting the development, use and disposal of chemicals can have a significant impact in the textiles sector (a major consumer of dyes, pigments and oils)
3. technology and research and development – including streamlined production processes, and the development of new fibres and textiles (including high-value technical textiles and technical fabrics).

In the UK, the sector runs a trade deficit, the UK imports more textiles goods than it exports. There is a long tradition behind this.

The success of English textiles in overseas markets, between perhaps 1150 and 1250, was destined not to last.The cloth trade of Flanders expanded during the 13th century, English cloths were gradually driven out and Flemish cloths invaded the English home market.

13th-century Flemish ascendancy was then undermined by the superior finance and business organization of Italian firms, and the reign of Edward I may be thought of as an age of Italian hegemony in the wool trade. Being able to control large funds of money, Italians often lent money to English wool producers on the security of the wool crop, thereby gaining control of large supplies of wool at a good price even before the sheep were sheared. The Italians supplied English wool to the cloth-makers of Flanders, and from the late 13th century, to Italy itself.

One expanding market of the later 14th century was Gascony, a specialized wine-producing region; it paid Gascons to export their wine in return for good quality cloths which they could not produce so advantageously themselves. This market was one which English merchants, especially those from Bristol, captured from the Flemish after 1350. As the declining export of raw wool implies, English merchants of the 15th century were much more likely to be enriched by the profits of the textile trade than by Exporting wool. By 1500, cloth merchants, or clothiers as they came to be called, were often significant employers, putting out wool to be spun and yarn to be woven in private households. London handled over 80 per cent of total cloth exports by the 1530s.

The British in India and the textile trade

The British East India Company – named to distinguish it from British trade in the West Indies – was founded in 1599 mainly to counter Portuguese domination of the spice trade. As soon as the British set up trading settlements in India, however, they were impressed by the quality of the textiles they found there. These had normally been used as goods for barter with the spice producers of Indonesia.

The painted and printed cottons, known as chintzes, were especially admired, as they had fast, bright colours superior to anything produced in Europe at that time. It was textiles, therefore, rather than spices which soon came to dominate trade between India and Britain.

The local designs on the painted cottons were considered unsuitable for British tastes, and specifications came from England as to how they should be modified. The result was a hybrid ‘exotic’ style, usually based on flowering tree patterns, which was used on wall-hangings, bedspreads and clothing throughout the eighteenth century.

Rivalry for trading privileges between the East India Companies of Britain and other countries, especially France, was so strong that the Companies set up their own armies to defend their interests. Conflict between Britain and France during the Seven Years’ War in Europe (1756-63) LED to hostilities in India too, and the two countries began to wage war for control of southern India.

Robert Clive, now known as Clive of India, LED the British armies to victory and effectively ended French influence in South India, while offering protection to the local rulers who had supported him. Clive also overcame both the French and local rulers to take power in Bengal in eastern India.

The Company grew immensely wealthy, and created great cities at Calcutta, Madras and, later, Bombay. During the eighteenth century, British merchants and administrators commanded luxurious households, and elegant furniture was made by Indian craftsmen to European taste.

By the mid-nineteenth century, Britain had annexed huge areas of India. British administrators imposed stringent taxes and laws and damaged the livelihood of Indian craftsmen by importing cheap mill-made cloth from Lancashire. Widespread discontent erupted among Indian troops in 1857, and the Company’s troops lost control of much of northern and central India. In the wake of the revolt, the East India Company was abolished by the British Government, who took over direct responsibility for governing India. The last vestiges of the Mughal empire were also abolished, and in 1876 Queen Victoria was named Empress of India.

India became a key part of the British Empire, and Victorian influence on the Indian way of life, architecture and craftsmanship was very strong. Objects in the ornate Victorian taste were made for export to Britain, or for local rulers emulating the Victorian style in their palaces. Indian skills drew widespread admiration at the great international exhibitions that took place during the nineteenth century. The apparent placidity of the British Raj – a Sanskrit word meaning rule – was short-lived, however.

With independence came renewed pride and interest in traditional crafts which, in many cases, had almost died out through lack of patronage. The textile arts in particular came to symbolise national self-sufficiency as European imports were rejected, and a new Indian middle class evolved to take the place of the Mughal and British patrons of the arts.

By the early 18th century, a complex network of colonial trade had also been established over the North Atlantic Ocean. This network was partially the result of local conditions and of dominant wind patterns. It was discovered in the 15th century, notably after the voyages of Columbus, that there is a circular wind pattern over the North Atlantic. The eastward wind pattern, which blows on the southern part, came to be known as the “trade winds” since they enabled Atlantic crossings by merchant vessels. The westward wind pattern, blowing on the northern part, came to be known as the “westerlies”.

Since sailing ships were highly constrained by dominant wind patterns, a trade system followed this pattern. Manufactured commodities were exported “clockwise” from Europe, some towards the African colonial centers, some towards the American colonies. This system also included the slave trade, mainly to Central and South American colonies (Brazil, West Indies). Tropical commodities (sugar, molasses) flowed to the American colonies and to Europe. North America also exported tobacco, cotton, furs, indigo (a dye) and lumber (for shipbuilding) to Europe. This system of trade collapsed in the 19th century with the introduction of steamships, the end of slavery and the independence of many of the colonies of the Americas.

wind the clock on to the 18th and 19th centuries and Manchester, and the towns of the region, generated much of Britain’s 19th century wealth, as well as pioneering much of its technological groundbreaking achievements. Methods in spinning, weaving and dyeing had become fully mechanised by the middle of the 19th century, through inventors like Samuel Crompton, and his spinning Mule, James Hargreave’s Spinning Jenny, Richard Arkwright, and many other’s works of invention. Steam and water had made power plentiful and still cheap, coal came from just down the road at Worsley through Lord Egerton’s Bridgewater Canal, the new railways and the Ashton & Rochdale Canals had made transportation close and convenient. Mass production methods were gradually introduced and productivity was at an all-time high.

Only the American Civil War interrupted profitability. Raw Cotton from the Confederate Southern Sates was being blockaded by the Union North, and this resulted in a major depression in all the textile trades by the early 1860s – a period known as “the cotton famine”. Nevertheless, many of the mills survived that period, and were in active and profitable manufacture until well after the Second World War, when they failed to win orders against cheaper foreign imports. Some of these mills are with us today. Several are derelict, most are converted to other commercial or industrial uses, though their tall, now smoke-free, chimneys still stand proudly, bearing witness to a time when they were important buildings of trade and commerce.

We are now in an era where the world has shrunk and the economical viability of textiles from countries in the Far East where labour is cheap determines our consumption.

how to export goods from Turkey, textile Products – A History

Fitness Transformation in 100 Days – What's Next? 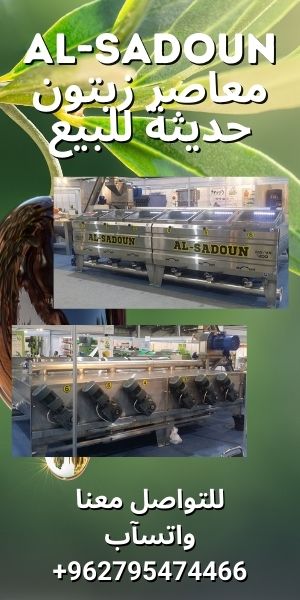 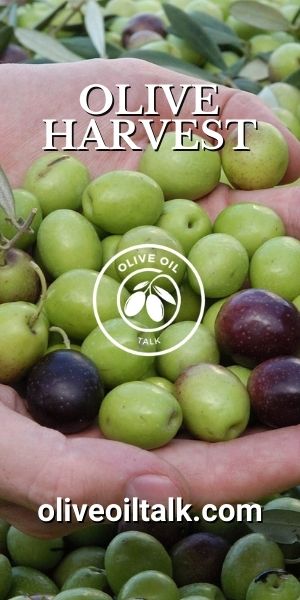