Feed Mixing Machine is specially designed for horizontal and vertical spiral system and can work with all kinds of feed and can mix without pre-cutting. Feed Mixing Machines produced at 5-6-8-10-12 m3 capacities provide solutions for feed preparation processes of all large and small scale enterprises. quality and homogeneous feed. A homogenous mixture is needed to completely meet your animal’s nutritional and physiological needs. Specially developed angled spiral blades; Alfalfa, Stalk and so on. provides for the breakdown of fibrous feedstuffs into foods.

The full capacity of the mixing chamber can be used; The double spiral system has been further developed by the SAHINLER MACHINE. Thanks to fast and high quality feed distribution system; it is ensured that a single animal feeds with as much feed as it can consume in its own potential. SAHINLER By choosing the machine feed mixer you buy a machine that is reliable, high performance, and designed for your purpose.

MACHINES; cost reduction and quality work to meet your needs in the best way to produce solutions.

HOMOGENEOUS MIXTURE GUARANTEE; EXTREMELY DESIGN AND STRONG STRUCTURE In order for a farm to be competitive, it is important to feed the animals with nutrition, technical and economical superiority.

We designed our machine, which has the ability to move on the electric and the rail, in the place where our little ones think.

Feeding with complex mixed feed: In this feeding mode, concentrated feeds are mixed together with silage and other dry coarse feeds. Generally, in this system, feeding is done outside the shelter. This method is the preferred program because it allows the analyzed feeds to be fed at the appropriate rates and thus enables the feeds to complement each other in terms of nutrients. The advantages of this system

Other advantages of this Feed Mixer Wagon nutrition system are as follows:

Whats is a Feed Mixer Wagon?

A mixer-wagon, or diet feeder, is a specialist agricultural machine used for accurately weighing, mixing and distributing total mixed ration (TMR) for ruminant farm animals, in particular cattle and most commonly, dairy cattle.

Trailed mixer-wagons vary in size from 5 m3 to more than 45 m3. Some self-propelled mixer-wagons may be bigger than this. Displacement varies according to ration dry matter. More water means more weight. With dry (45% DM; dry matter) rations, a 14m3 mixer-wagon such as the one pictured, may contain 3 tonnes fully loaded, or enough for about 60 Holstein cows. 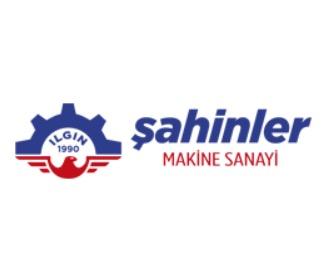