Pure Natural Organic Honey Bee venom, medicinally known as apitoxin , is the poison of honeybees , a mixture of different secretions . It is injected into the opponent as an insect bite with a poison sting . A honeybee can inject about 0.1 mg of poison . Bee venom is acidic (pH 4.5–5.5) and has a yellowish-opalescent color. The poison is also extracted for medical purposes using wire traps . It is simply the poison that makes the bee stings painful. It is a bitter, colorless liquid and usually causes a burning, reddening, swelling or itching reaction. A honey bee will only sting if she feels threatened or perceives the hive is threatened.

Apitoxin is the venom produced by bees. It is a complex chemical compound, rich in protein substances and with pharmacological effects.

Bee venom is a complex mixture of different proteins and small molecules. Honey Bee venom is a mixture of  histamine, pheromones, enzymes, peptides, amino acids and other acids, with 63 components in total.

The main ingredient with about 50 percent is melittin , which is also the main allergen of bee venom. Phospholipase A 2 (containing about 12 percent) is an enzyme that catalyzes the hydrolytic cleavage of phospholipids and thus attacks cell membranes . Apamin (2 percent), another ingredient, is known as a neurotoxin . Hyaluronidase (2 percent) widens the blood vessels and their permeability and thus causes the spreading factor to spread .

Other proteins are the mast cell degranulating peptide (2 percent) and tertiapine , two neuropeptides, and secamin , which has no pathological effects. In addition to melittin (Api m 3), phospholipase (Api m 1), hyaluronidase (Api m 2) and other proteins contained act as allergens.

Small molecules in bee venom are histamine (0.1 to 1 percent), dopamine and noradrenaline . Alarm pheromones (4 to 8 percent) signal other bees that one of their people has been attacked and that they should prepare for defense. [2]

Apitoxin has recently been used prominently in the anti-aging industry as an alternative to botox . In this application, apitoxin is intended to support the production of the main protein collagen VII , which promotes the supporting function of the skin and thus counteracts the formation of wrinkles.

Why Use Honey Bee Venom?

The use of bee venom has been going on for centuries and dates as far back as ancient Egypt, Europe and Asia. It has powerful anti-inflammatory properties and has been proven very effective in reducing symptoms in inflammatory conditions and rheumatic disorders. Bee venom ointments were created in the hopes of receiving the benefits of bee venom stings without the actual sting.

What is Bee Venom good for?

Specially built machines are used to extract or milk bee venom from bees without harming the bee. 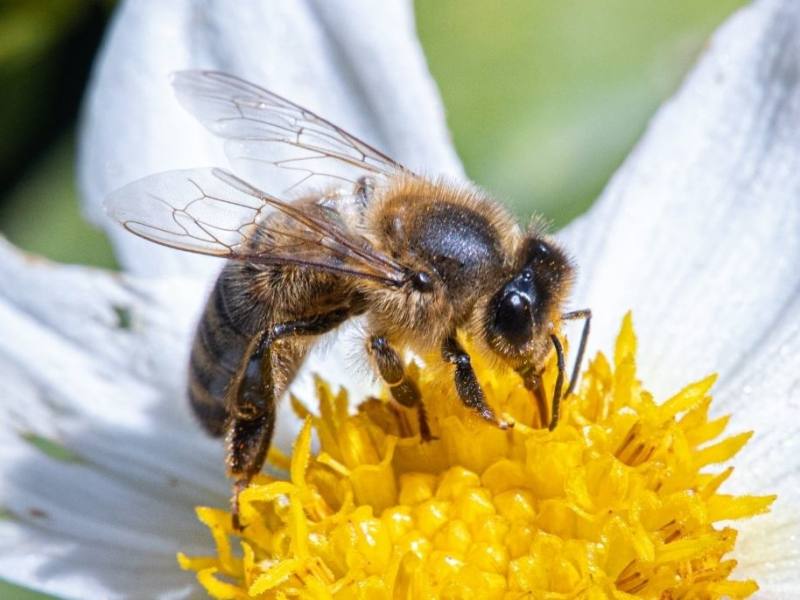 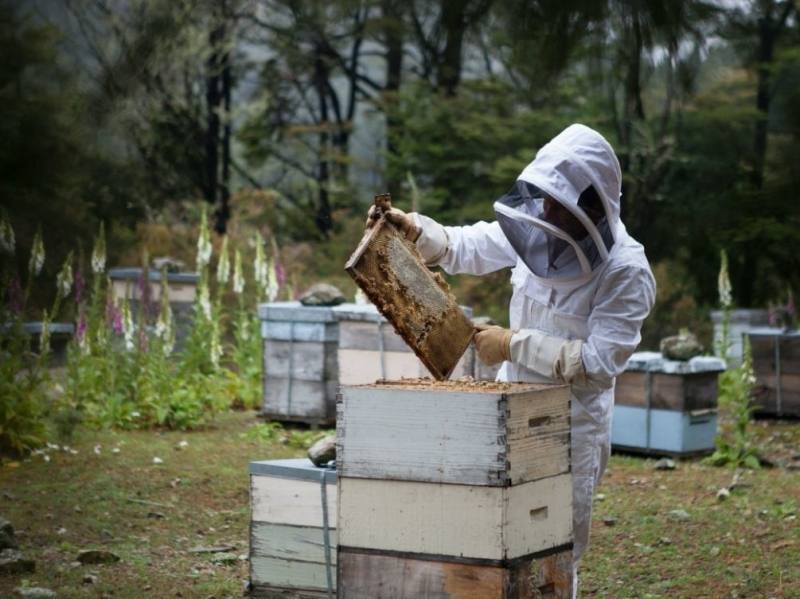 Bee Venom may cause a severe allergic reaction.  If signs of a rash or other symptoms appear, consult a physician. Don’t use with Adrenocortical steroids, TCA’s, NSAIDS, cox-2 inhibitors, or Beta-blockers.

The information, including but not limited to, text, graphics, images and other material contained on this website are for informational purposes only. It is not intended to be a substitute for professional medical advice, diagnosis or treatment. Always seek the advice of your physician or other qualified health care provider with any questions you may have regarding a medical condition or treatment and before undertaking a new health care regimen, and never disregard professional medical advice or delay in seeking it because of something you have read on this website.

Specially built machines are used to extract or milk bee venom from bees without harming the bee. Bee venom powder is harvested by stimulating bees to sting on a glass sheet that has thin wires with a low current. The recovered toxin is purified and processed into medicinal preparations, e.g. ointments and injections. Bee venom causes the release of cortisone, that is the substance used in the treatment of rheumatism. Bee venom that dries consist of small crystals Bee venom that dries consist of small crystals referred to as bee venom powder.  ​