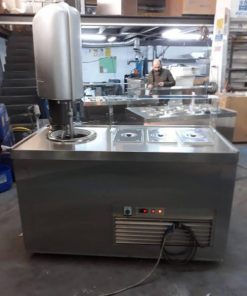 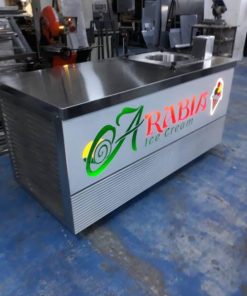 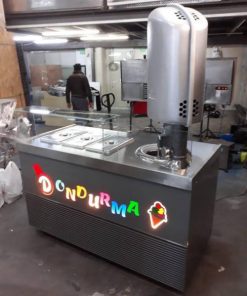 How is Ice Cream Made?

Ice cream is a sweetened frozen food typically eaten as a snack or dessert. It may be made from dairy milk or cream and is flavored with a sweetener, either sugar or an alternative, and any spice, such as cocoa or vanilla. Colorings are usually added, in addition to stabilizers. The mixture is stirred to incorporate air spaces and cooled below the freezing point of water to prevent detectable ice crystals from forming. The result is a smooth, semi-solid foam that is solid at very low temperatures (below 2 °C or 35 °F). It becomes more malleable as its temperature increases.
The meaning of the name “ice cream” varies from one country to another. Terms such as “frozen custard,” “frozen yogurt,” “sorbet,” “gelato,” and others are used to distinguish different varieties and styles. In some countries, such as the United States, “ice cream” applies only to a specific variety, and most governments regulate the commercial use of the various terms according to the relative quantities of the main ingredients, notably the amount of cream.
Products that do not meet the criteria to be called ice cream are sometimes labelled “frozen dairy dessert” instead. In other countries, such as Italy and Argentina, one word is used for all variants. Analogues made from dairy alternatives, such as goat’s or sheep’s milk, or milk substitutes (e.g., soy, cashew, coconut, almond milk or tofu), are available for those who are lactose intolerant, allergic to dairy protein, or vegan.
Ice cream may be served in dishes, for eating with a spoon, or licked from edible cones. Ice cream may be served with other desserts, such as apple pie, or as an ingredient in ice cream floats, sundaes, milkshakes, ice cream cakes and even baked items, such as Baked Alaska.

“Since 1982, we have been a leading Manufacturer and Exporter of Food and Beverage Processing, Filling, and Packing plants.”

To provide you with the best quality products at the best price.

We have hundreds of satisfied customer references.  Here are a few customers we proudly served: 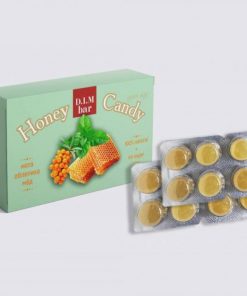 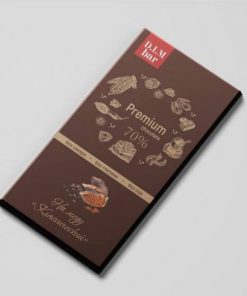